Indianapolis has a rich cycling history as the birthplace of Marshall "Major" Taylor, an American professional cyclist who won the sprint event at the 1889 World Track Championships to become the first African American to win a cycling world championship.

The Center for Black Literature and Culture hosted an online presentation of the life of Indianapolis native Marshall Walter "Major" Taylor by Michael Kranish, author of, The World’s Fastest Man: the extraordinary life of cyclist Major Taylor, America’s First Black Sports Hero. Watch as Kranish shares Taylor's journey to become a world class athlete and answers questions from the audience.

The velodrome in Indianapolis is named in honor of Major Taylor and was the first building in the city built with public funds to be named for an African American. The city of Indianapolis won a bid to host the 1982 National Sports Festival however the city was short a natatorium, a track stadium and a velodrome. All three venues were built to state-of-the-art standards via a partnership between the Indianapolis Parks and Recreation Department and the Lilly Endowment.

In recent years the venue has suffered a slow and steady decline in condition and usage. Neighboring Marian University (whose nationally ranked cycling team practices and competes at the Indy Cycloplex) has joined with Indy Parks and Recreation Department to resurrect the Velodrome as a part of the comprehensive Indy Cycloplex facility. Together, these entities are creating a new, brighter history for the property.

To learn more about Major Taylor read Kaelynn Hayes' Racing in the Velodrome from Discover Indiana, a statewide public history project that makes cultural and historical information available to the public. Or check out all the cycling options here in Indy in How to Explore America’s Most Underrated Biking City.

Here is a sampling from the Major Taylor photo gallery:

I am a lifelong cyclist and enjoy sharing my love for the sport with others. Here are some reading recommendations from our collection. 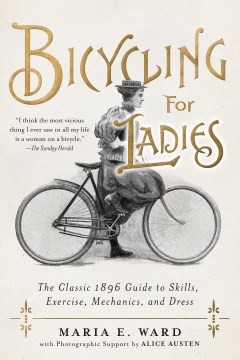 The Classic 1896 Guide to Skills, Exercise, Mechanics, and Dress

In 1896 this book was trailblazing and today it can be inspirational for all women thinking of getting into cycling for fun and fitness. Author Maria E. Ward, known by as Violet, was an avid bicyclist, the cofounder of the Staten Island Bicycling Club, She and her friend acclaimed photographer Alice Austen founded the Staten Island Bicycle Club 1895. Austen's photographs were used as references for the illustrations in Bicycling for Ladies, originally published in 1896. 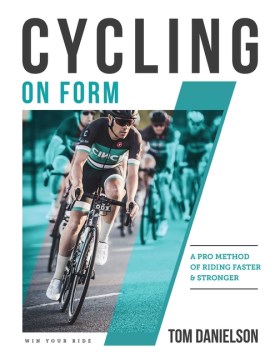 A Pro Method of Riding Faster and Stronger

Former pro-cyclist Tom Danielson gives the reader what they need to ride faster and stronger. 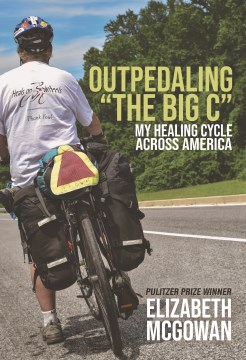 My Healing Cycle Across America

Author Elizabeth McGowan, a Pulitzer Prize winner, was give a five-year clean bill of health after her battle with melanoma. She decide to ride her bike all 4,000 miles across the United States from the west to east coast.