Join us annually in early July when we gather to read and discuss “What to the Slave is the Fourth of July?” by Frederick Douglass. The Massachusetts Foundation for the Humanities started the program, Reading Frederick Douglass Together, to encourage families, friends, neighbors, and co-workers to gather and read the speech aloud to help shape our understanding of freedom in American. Douglass first gave the speech on July 5, 1852 at an event commemorating the signing of the Declaration of Independence. Abraham Lincoln would not issue the Emancipation Proclamation until 1863 and the 13th amendment that freed enslaved people was not passed until 1865, so this speech was given well before either of those milestones. His words on that day have been referred to as his most memorable and moving, and have resonated with Black citizens for more than 150 years for pointing out at the time that not all were free. The speech is called The Meaning of July 4th for the Negro. It says in part,

"This Fourth of July is yours, not mine. You may rejoice, I must mourn." And he asked them, "Do you mean, citizens, to mock me, by asking me to speak to-day?"

If you are unable to attend a reading, you can find the text here. There is a printable tip sheet, discussion guide, and page of helpful resources. In addition, we invite you to explore Indiana University School of Liberal Arts' Frederick Douglas Papers or watch this short video of five descendants of Frederick Douglass read excerpts from his famous speech which asks all people to consider America's long history of denying equal rights to Black Americans.

Frederick Douglass was born into slavery in 1818 but then grew up to became a human rights activist, gifted public speaker and author. He also started a newspaper, was a U.S. Marshal, and at the 1888 Republican National Convention became the first African American to receive a vote for President of the United States at a major party's convention. (Benjamin Harrison, from Indianapolis, went on to win the presidency in 1889.) He lectured on civil rights and abolition and also supported Elizabeth Cady Stanton, Sojourner Truth, and Susan B. Anthony in their fight for women's suffrage. He published his first autobiography (he wrote three altogether) called Narrative of the Life of Frederick Douglass, an American Slave in 1845. It it the first hand account of his childhood as a slave. You can read it here.

Visit the Center for Black Literature & Culture at Central Library to find and check out books that affirm and celebrate the Black experience.

The CBLC includes a section just for kids. Every book taken off the shelf, both fiction and non-fiction, features Black characters or historical and contemporary people that highlight the Black experience, history, or biography.

Born enslaved, Frederick Douglass later escaped and helped others escape on the Underground Railroad. He became a bestselling author, a newspaper editor, and a highly sought after and successful public speaker. He was a tireless abolitionist and civil rights leader. Here are 10 books to introduce kids to this amazing freedom fighter, thinker, leader and change maker. 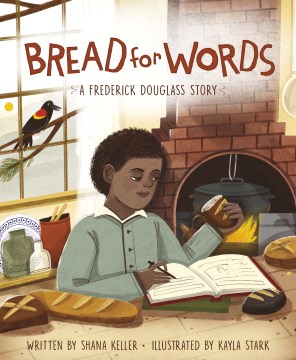 A picture-book biography that tells the story of Frederick Douglass's childhood as a slave, a time when he was fighting to learn how to read. It uses quotes from Douglass himself to tell the true tale and the title is a one clue to how he managed to learn to read. 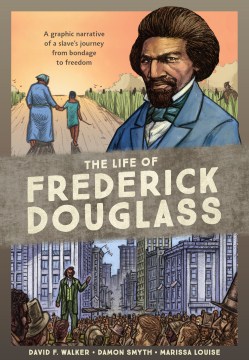 The Life of Frederick Douglass

A Graphic Narrative of A Slave's Journey From Bondage to Freedom

This graphic novel takes you from Douglass's life as a young slave through his forbidden education to his escape and growing prominence as a speaker, abolitionist, and influential cultural figure during the Civil War and beyond. The book includes extra features to provide background on the history of slavery in the United States, the development of photography (which would play a key role in the spread of Douglass's image and influence), and the Civil War. 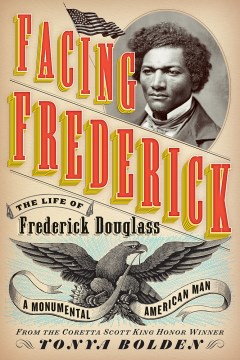 The Life of Frederick Douglass, A Monumental American Man

A children's biography of one of America's most influential African Americans, offering a well-rounded look at the man himself rather than just the historical icon.