Watch a Puppet Show, Then Make Your Own and Put on a Show!

You can get an inside look at puppets by taking a video tour of Peewinkle's Puppet Studio in Indianapolis. For even more behind-the-scenes inspiration watch this video to learn how the Sesame Street puppeteers bring Elmo, Big Bird, Mr. Snuffleupagus, Abby Cadabby, and Rudy to life!

Tune in to the Edmonton Public Library on Youtube to see these puppet shows:

Watch a puppet making video tutorial for kids from Creativebug. Just enter your IndyPL library card. Creativebug Kids is a collection of crafting video tutorials just right for preschool and elementary makers. Other videos include drawing, origami, sewing, holiday decorations, and more. If you have never used Creativebug before, start here.

Make Your Own Puppets & Put on a Show!

There are several workshops available online from puppet theatres all over the country. A wonderful one comes from Fort Wayne, Indiana. Watch Fort Wayne Youtheatre's video and use their workshop guide to learn how to create your own shadow puppet theatre and shadow puppets.

Still looking for puppet activities? The Jim Henson Foundation is providing links to online performances and workshops provided by grantees from their Foundation.

Are you ready to create yet? Here are some printable patterns and templates to get you started!

Puppet Projects from Old Socks to Paper to Clay

Upcycle items from your craft bin or trash can, add your creative storytelling, and put on a puppet play! #indyplkids 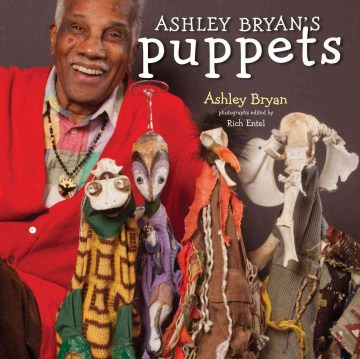 Making Something From Everything

Ashley Bryan has illustrated numerous beloved children's books. In this one, he pairs poems with puppet illustrations - puppets he has made from found objects. He is wonderful creative inspiration for turning the everyday into something special. 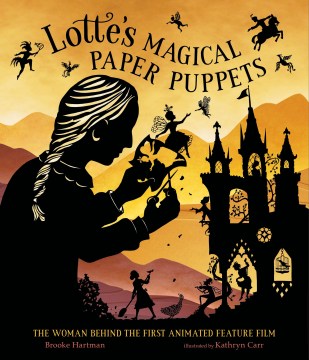 The Woman Behind the First Animated Feature Film

Before Walt Disney made history with Snow White, and the world fell in love with animated feature films, Lotte Reiniger created what is considered one of the first feature-length animated movies called The Adventures of Prince Achmed. She used paper puppets to tell her animated story. The illustrations in this book are papercuts, like the paper puppets in Lotte's film. Get even more inspiration from Lotte, a creative trailblazer! 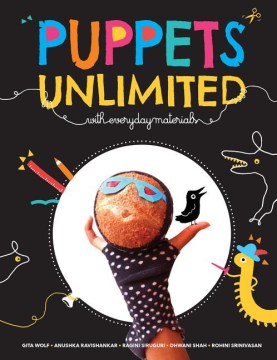 A great one to pair with the Ashley Bryan book above - this one shows you how just about anything can be turned into a puppet.