Sir Isaac Newton was an English scientist. He was born in 1642 and died in 1727. This was around the time of the early colonization of North America, during the founding of some of the original 13 colonies, the French and Indiana wars, and the Salem witch trials. He lived just before the American Revolution.

Newton is best known for three very important principles of physics called classical mechanics. These principles describe how things move and are referred to today by his name - Newton's Laws of Motion. There are three of them, Newtons First, Second and Third Law of Motion.

Newton's Second Law also says that the greater the mass of the object being accelerated, the greater the amount of force needed to accelerate the object. Say you have two identical bicycles that each have a basket. One bicycle has an empty basket. One bicycle has a basket full of bricks. If you try to ride each bicycle and you push on the pedals with the exact same strength, you will be able to accelerate the bike with the empty basket MORE than the bike with the basket full of bricks. The bricks add mass to the second bicycle. With bricks in the basket, you would have to apply more force to the pedals to make the bicycle with bricks in the basket move.

Use your indyPL Library Card to check out books about Sir Isaac Newton at any of our locations, or check out e-books and e-audiobooks from home right to your device. If you have never used Axis 360 or OverDrive before, you can learn how to use them for both e-books and audiobooks.

Newton's Laws of Motion: The Science Behind How Things Move

Newton's Laws of Motion explain force and motion, or why things move the way they do. They are great concepts to explore by doing a science experiment. These are especially good science project ideas for kids who like to move! The concepts can often be explained using sports equipment or by understanding how amusement park rides work. These books offer ideas for physics experiments that demonstrate force and motion and the laws that govern them. Some of them provide the background information needed for the report that is often required to go with projects for the science fair. #indyplkids 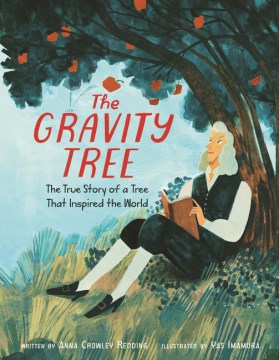 The True Story of A Tree That Inspired the World

Part scientific explanation, part biography, this book explores the life and discoveries of Isaac Newton that have inspired the world's greatest minds for over three and a half centuries 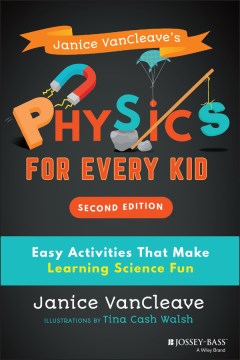 Janice VanCleave's Physics for Every Kid 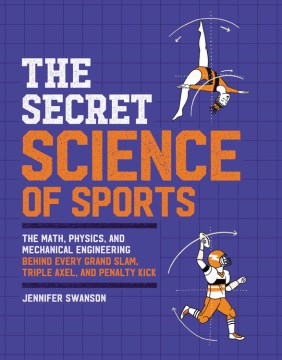 The Secret Science of Sports

The Math, Physics, and Mechanical Engineering Behind Every Grand Slam, Triple Axel, and Penalty Kick

Learn how the principles of STEM are behind every soccer kick, slap shot, home run, and slam dunk.