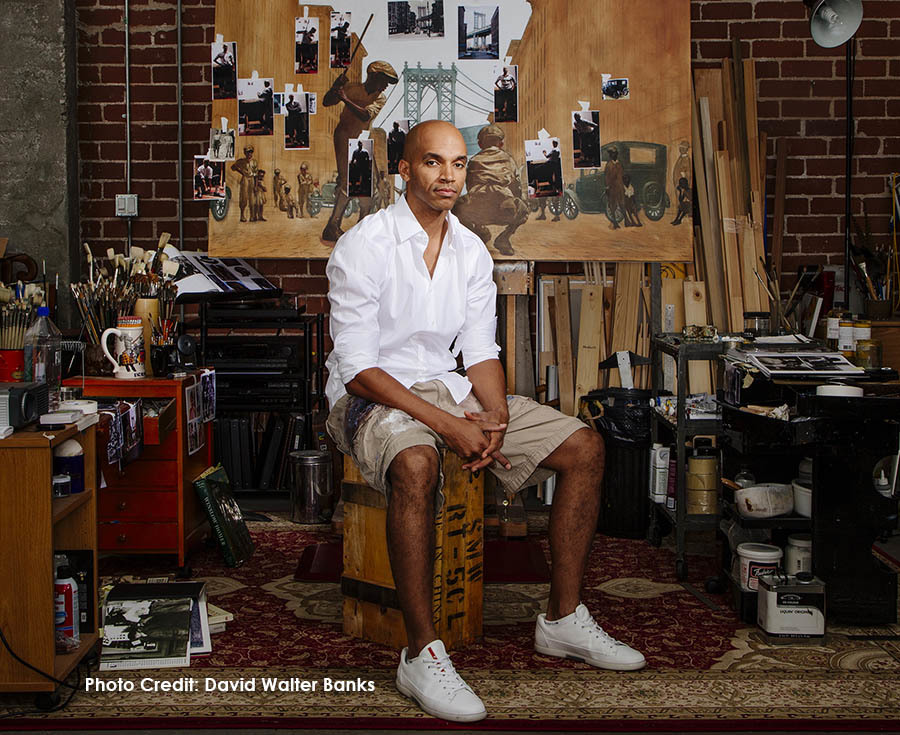 In addition to the Caldecott Medal for his illustrations in The Undefeated written by Kwame Alexander, Nelson’s contributions to the book earned him the 2020 Coretta Scott King Illustrator Award. The book also was named a 2020 Newbery Honor Book for children’s literature.

Nelson, illustrator and/or author of more than 30 picture books, began drawing at the age of three. His career was launched as a conceptual artist for Steven Spielberg’s film, Amistad. His paintings can be found in such institutions as the U.S. House of Representatives and the National Baseball Hall of Fame.

Nelson’s many covers for The New Yorker magazine include a portrait of Nelson Mandela. He not only illustrated but authored the 2008 Coretta Scott King Award-winning book, We Are the Ship: The Story of Negro League Baseball, which was featured on the cover of Sports Illustrated.

Several of Nelson’s designs have become commemorative stamps for the U.S. Postal Service, featuring such notable persons as Marvin Gaye, Wilt Chamberlain, Joe Dimaggio and Richard Wright. He also created cover art for albums by the recording artist Drake and a posthumously-released album for Michael Jackson.

Books will be available for purchase at the event through Kids Ink children’s bookstore, with Kadir Nelson available for autographs.

The McFadden Lecture is free to the public, but tickets are required for admission. Information about tickets will be updated on The Indianapolis Public Library’s blog.