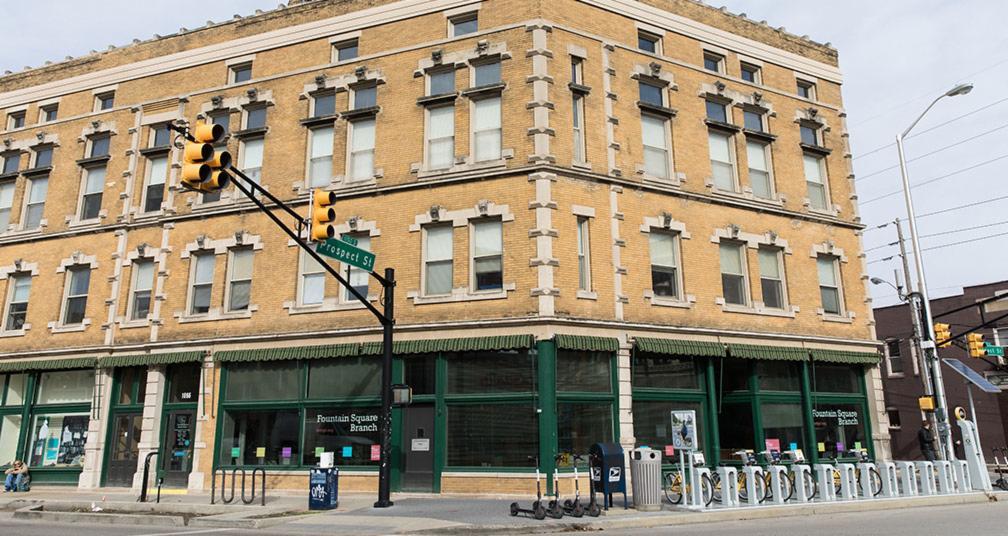 The Indianapolis Public Library Board of Trustees has given preliminary approval to the closing of the Fountain Square Branch in May 2020, as part of the Library’s long-range plan announced in 2015 to relocate services to the new West Perry Branch, scheduled to open in mid-2021. The recommendation by the Library’s Facilities Committee on February 11 is expected to be approved by the full Library Board when it meets on February 24.

The closing of the Fountain Square Branch, located at 1066 Virginia Avenue in a 5,145-square-foot space the Library has leased since 1994, will be accompanied by the August move of the non-profit Indy Reads into the same location that will bring together its adult literacy and bookstore operations. Currently, Indy Reads leases space at Central Library, and with escalating costs of rent at its bookstore location on Massachusetts Avenue, timing is perfect to combine operations to one new location.

The May closing will allow the Library to save more than $60,000 in lease payments by vacating before its current lease expires. Branch staff will be dispersed to other IndyPL locations until their move to the new West Perry Branch. With the presence of Indy Reads, the Library will be leaving behind the closest thing possible to a Library branch.

“The Library has been proud to be a long time partner in the development of Fountain Square,” stated Jackie Nytes, IndyPL CEO. “Now as we think about what follows us in that space, it is exciting to know that a community-minded organization - Indy Reads - would be able to come to the neighborhood and offer wonderful programs and services to build on our work in the area.”

“Through our bookstore programming, along with free literacy, English language, and job readiness classes, Indy Reads complements the Library’s goals to develop a community of readers and support work readiness instruction,” said Ryan King, CEO of Indy Reads. “With our strong focus on community, we are thrilled to join the thriving Fountain Square community and excited to engage people of all literacy levels through our services and events.”

The transition has received support from the Southeast Neighborhood Development, Inc. (SEND), which serves the Fountain Square neighborhood and owns the property.

“SEND is working with Southeast partners and the Library to fill any immediate gaps in services for our residents,” said Kelli Mirgeaux, SEND President. “SEND is thrilled that Indy Reads will be occupying the space. Indy Reads brings a wide range of classes, programs and events tailored to the needs of our community and provides economic development to the area as a retail anchor.”

The Library’s original decision to close the Fountain Square Branch was part of a citizen-driven strategic plan that identified the need to fill large geographical gaps in Library services throughout Marion County, including Perry Township. The result was a series of capital projects for new and renovated facilities that were approved in separate bond issues totaling $58 million by the City-County Council with no increase in the Library’s debt service tax rate. The plan also emphasized the Library’s fiscal responsibility to remove itself of ongoing lease payments for facilities such as the Fountain Square Branch, where citizens have access to other nearby branches that include East Washington, Garfield Park, Spades Park and Central Library.