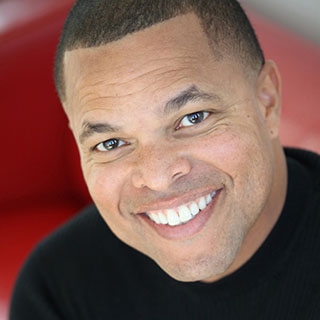 Individuals of all ages are invited for an afternoon of cultural enrichment and inspiration during "Fall Fest '17" on Saturday, November 18 from 12 noon - 4 p.m. at Central Library in the Clowes Auditorium, 40 E. St. Clair Street.

With the theme, "Becoming Agents of Change," this year’s event features a presentation (2:15 p.m.) by Robb Armstrong, cartoonist and creator of the "Jump Start" comic strip. Armstrong is one of just four African-American syndicated cartoonists in the United States. His comic strip, which first appeared in 1988, currently appears in more than 300 newspapers, including the Philadelphia Inquirer, Los Angeles Times, Atlanta Journal and Constitution, and Chicago Sun-Times.

"Jump Start" focuses on the fictitious Cobb family in Philadelphia. Its basic theme surrounds the trials and tribulations of a regular middle-class black family. Armstrong himself is a native of West Philadelphia, where he and four siblings were raised by a single mother. He attended Syracuse University and began honing his craft as a artist there. Armstrong, who lists "Charlie Brown" creator Charles Schulz as one of his main influences and heroes, currently resides in Los Angeles.

Following these presentations, Armstrong will hold a book signing (3:30 p.m.) in the Center for Black Literature & Culture at Central Library. Books will be available for sale by Donna Stokes-Lucas. "Fall Fest '17" is made possible by the Talley Story Theatre Fund and Friends of the Library through gifts to The Indianapolis Public Library Foundation.