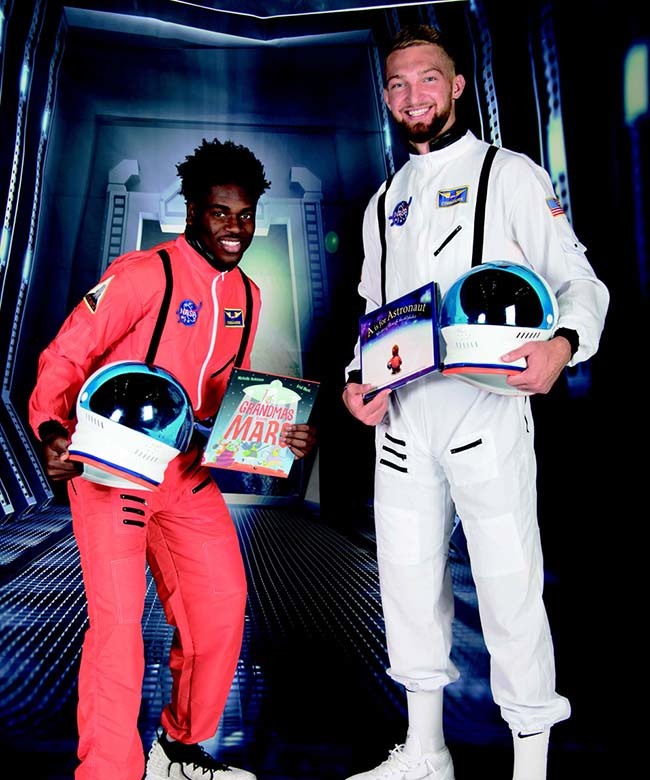 Children and families are invited to hear children’s stories inspired by the 50th anniversary of the Apollo moon landing read by members of the Indiana Pacers from April through June on The Indianapolis Public Library’s 24-hour Call-a-Story telephone line.

By dialing 317-275-4444 or toll-free 877-275-9007, listeners will hear recorded stories from Pacers players who demonstrate their love of reading as a way to encourage young ones to “read like a pro.”

May 13 – Mark Boyle reads “Moonshot: The Flight of Apollo 11” by Brian Floca

For additional information about Library programming for children and families, call 317-275-4099 or visit www.indypl.org.