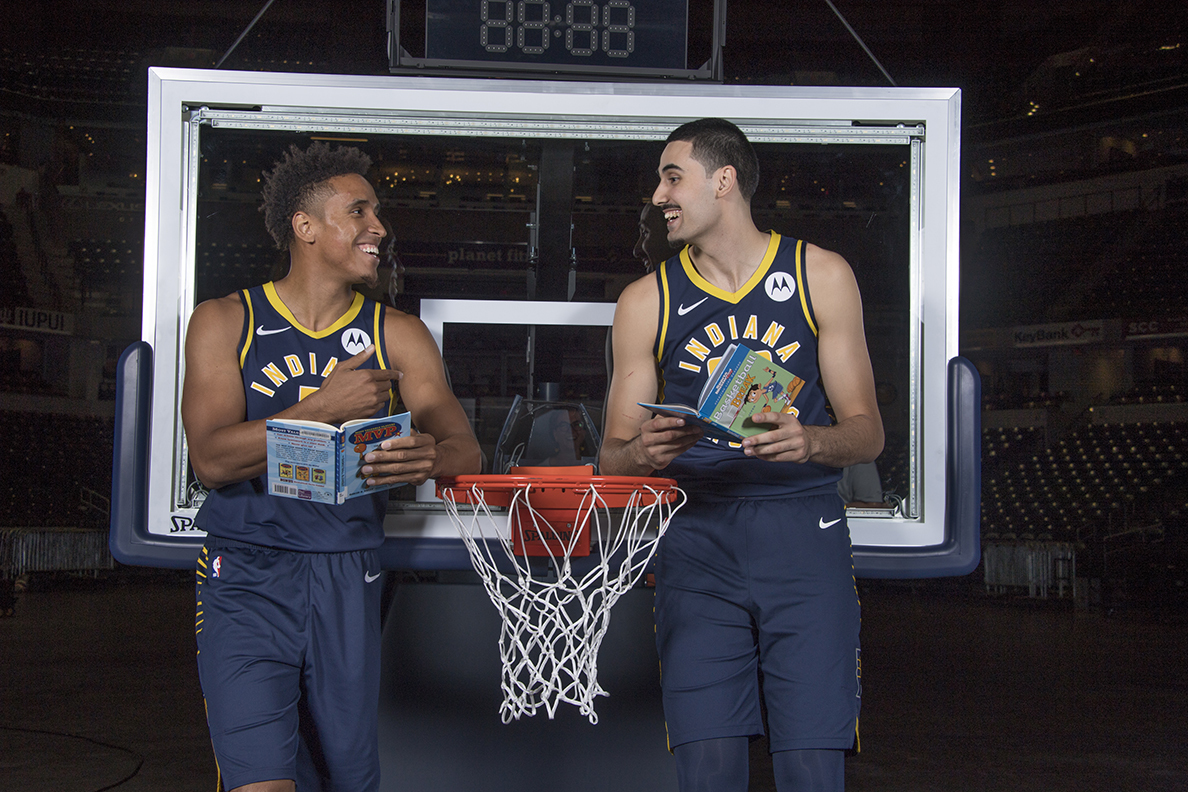 By dialing 317-275-4444 or toll-free at 877-275-9007, or by visiting Pacers.com, listeners can hear recorded stories from Pacers as a way to encourage young ones to develop the reading habit. In addition, individuals can get new Call-a-Pacer wallpaper for their phones every Wednesday on the @PacersSportsEnt Instagram account.

The schedule for this 27th year of Call-a-Pacer stories features:

May 26 – Doug McDermott reads “Crazy About Basketball” by Loris Lesynski

While the Library’s physical locations remain closed during efforts to contain the coronavirus, its many e-books and other free resources can be accessed here. When the Library reopens, fans will be able to pick up colorful Pacers photo cards and posters and check out books read by the Pacers on the story line.

For more information about Call-a-Pacer or other community programs as part of the Pacers Cares initiative, visit the Pacers' website.