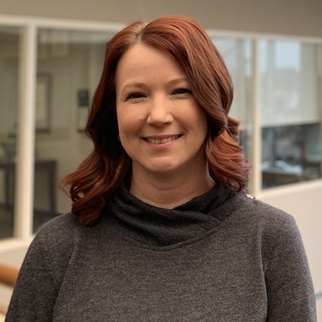 Michelle Sharp is the new manager of the Garfield Park Branch, 2502 Shelby Street. She has been at the Indy Library since 2014 when she began her tenure as a juvenile librarian at the Southport Branch. An Indianapolis Southside native, Sharp had her first exposure to the Library at the age of 15 when she served as a page at the then Shelby Branch, renamed the Garfield Park Branch in 2011.

Judy Gray has begun as manager at the Glendale Branch, 6101 N. Keystone Avenue. Her 18-year career at Indy PL has included stints as a juvenile librarian at the Pike and Lawrence branches as well as Central Library, assistant manager at the Nora Branch, and most recently as manager at the Garfield Park Branch.

Tiffani Carter is the new manager of the West Indianapolis Branch, 1216 S. Kappes Street. Since 2014, the Cincinnati, Ohio native has served IndyPL at the Fountain Square and E. 38th Street branches and as a traveling librarian. Most recently she served as an adult librarian at the Warren Branch.

To learn more about services available for all ages at each branch location, visit indypl.org/locations.