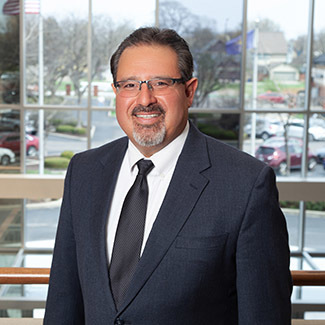 A Garfield Park-area resident, Salinas has served since 2007 as the Presiding Judge for Marion Superior Court, Criminal Division, where he supervises the Marion County Drug Treatment Court, the Marion County Women’s Court, and the Marion County Re-Entry Court. He received a Doctor of Jurisprudence in 1997 from the Indiana University Robert H. McKinney School of Law and a B.S. in Criminal Justice in 1989 from the University of Texas-Pan American.

Dr. Salinas was a founding member of the Indiana Latino Expo Board of Directors and has served on the boards of the Coalition for Homelessness Intervention and Prevention (CHIP), the Forest Manor Multi-Service Center and the Hispanic Center of Indianapolis.

Want to watch a past board meeting or see the board's meeting schedule?