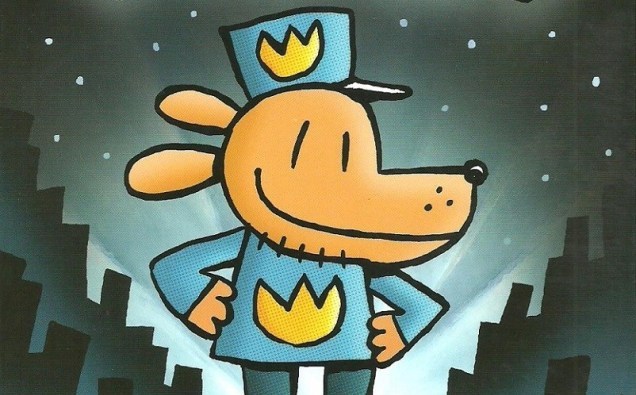 To commemorate the 100th anniversary of The Indianapolis Public Library’s Summer Reading Program, program participants have selected the internationally-bestselling Dog Man series by Dav Pilkey as their favorite kids book from the past 100 years. Dog Man received the most votes as “Indy’s Favorite Book” from a list of 20 books or series that were nominated community-wide as part of this year’s theme, “Keepin’ it 100.”

Dog Man, a comedic series about a part-dog part-man police officer published in the last four years, was followed in the voting by the Harry Potter series by J.K. Rowling, Wonder by R.J. Palacio, and We Are in a Book by Mo Willems. Nearly 10,000 total votes were cast.

Preliminary totals show more than 46-thousand children read 860,171 books during the eight-week Summer Reading Program. Readers were rewarded with points to be exchanged for books, prizes and activity passes from community partners. Participants also received points for sharing summer reading memories or keepsake from a past program.

A number of IndyPL branches saw notable increases in participation compared to 2018. The new Eagle Branch had a 66 percent increase over the smaller Eagle Branch it replaced earlier in the spring. The Warren Branch saw an 18 percent increase over 2018, the Southport Branch was up 10 percent, and the Beech Grove Branch increased 7 percent. The new Michigan Road Branch experienced success in its first year of the program with approximately 1,700 participants.

Youth and teen workshops and films related to the summer reading theme attracted more than 20,000 attendees.

Registered readers were eligible for a drawing to win two college savings accounts worth $529 from CollegeChoice CD. Winners will be announced in late August. In addition, participants from each IndyPL location will be chosen to receive tickets to an Indianapolis Colts home game, and a grand prize winner will receive a VIP 4-pack to a Colts game.