Stream a wide variety of music directly to your computer or mobile device with your IndyPL Library card. Our music streaming platform is called Hoopla. Top 40, Gospel, Blues, Latin, Hip Hop, Rap - whatever music genre you are looking for, you can find it on Hoopla!

Need help? Ask a Library staff member at any of our locations or call, text or email Ask-a-Librarian. The Tinker Station helpline at (317) 275-4500 is also available. It is staffed by device experts who can answer questions about how to read, watch, and listen on a PC, tablet or phone.

How to Use Hoopla

You can borrow from Hoopla without being on a waiting list or leaving home! You can borrow 10 Items each month. Each album is then available to listen to for 7 days. If you have never borrowed from Hoopla before directions are available as well as a video tutorial.

If you are listening to Hoopla music on a PC or Mac you can only stream it, so you'll need an internet connection to listen. Streaming music can consume a lot of data, so we recommend streaming Hoopla over a Wi-Fi connection.

If you are listening to Hoopla music on the Hoopla app on a supported device, you can download it when you have a connection and then enjoy it offline later.

Here is a quick short cut to Hoopla's music page or explore their full list of music categories. Read a testimonial on our blog - Hoopla Has Your Music!

You can also enjoy both online and in-person music performances at the Library!

Hoopla's streaming music collection is a veritable goldmine, at least it is for me. This is probably the hardest list of recommendations I have ever done, simply because I had to leave so much out, and that can only mean one thing: there will be a part 2! So hey groovy guys and gals who grew up in the 60s and 70s, you may want to check out the musical offerings and break out your dance moves. Speaking of which, no platform shoes please, or the break you get could be a leg! 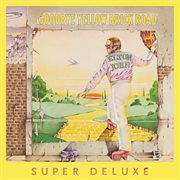 Regarded as Elton John's magnum opus, GYRR finished the job started by his previously released efforts establishing him in the top tier of recording artists. The double LP release contains several Elton John classics. In addition to the title track, there's &quot;Saturday Night's Alright For Fighting&quot;, Bennie And The Jets&quot;, &quot;Funeral For A Friend/Love Lies Bleeding&quot;, and the poignant &quot;Candle In The Wind&quot;. 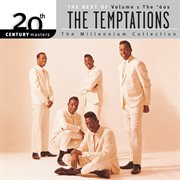 20th Century Masters: the Millennium Collection: Best of the Temptations, Vol. 1 - the '60s

It was hard to pick just one recording to represent The Temptations, but this one won out because it covers the 1964-1967 classic five lineup of Otis Williams, David Ruffin, Paul Williams, Eddie Kendrick(s) and Melvin Franklin. Treats to listen to include &quot;My Girl&quot; &quot;Ain't Too Proud To Beg&quot;, ad &quot;I Wish It Would Rain&quot;. 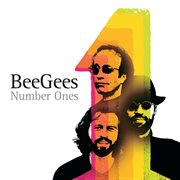 If you even went near a radio in the 1970s, you heard the Bee Gees. Often pigeonholed as a disco group, the brothers had an entirely different sound between 1968 and 1975 including &quot;Lonely Days&quot;, &quot;Words&quot;, and &quot;How Can You Mend A Broken Heart&quot;. Even though Maurice's &quot;Man in the Middle&quot; wasn't a single release, it is included as a tribute to him.